Photos are the copyright of ©David James Mansour and ©Behold the Valley of the Dolls.

"Barbie 1960s" text is an excerpt from Behold the Valley of the Dolls: A Barbie Collection in Portraits 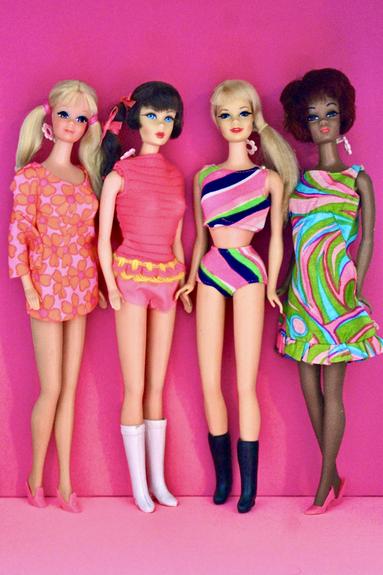 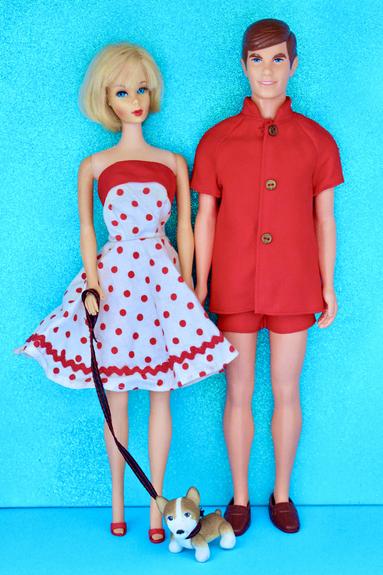 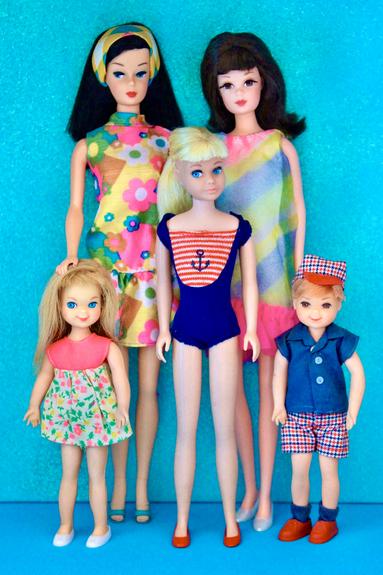 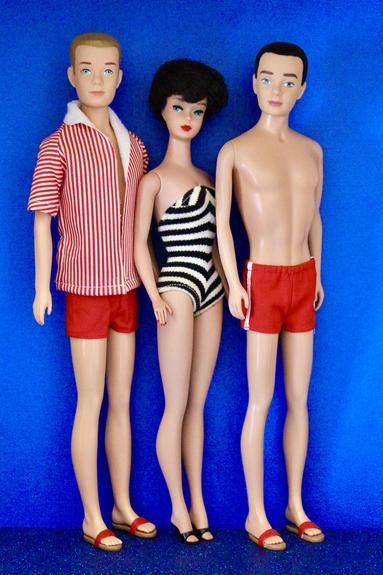 Hailed as “The most popular doll in town” by Life magazine, Mattel Toy’s Teen Age Fashion Model kicks off the 1960s as the prototypical Ponytail Barbie wearing the iconic black-and-white striped swimsuit and signature topknot ponytail. In 1961, she gets the first of many hairstyle changes—a chic bubble cut reflecting the elegance of First Lady Jackie Kennedy and Hollywood’s top movie queens, notably Marilyn Monroe and Elizabeth Taylor. To keep her from being a lonely doll in the mid-century Dream House, Mattel gives Barbie a boyfriend (Ken), a best friend (Midge), a family of younger siblings (Skipper and twins Tutti and Todd), and a MOD’ern cousin (Francie). By the end of the 1960s, Barbie is as groovy as the mod world swirling around her. She now twists and turns, dresses in the swingiest of fab fashions, wears long hair styled straight or in a flip (just like That Girl’s Marlo Thomas), has a trio of new far-out friends (Christie, Stacey and P.J.), and she talks… and WOW, this doll has a lot to say! 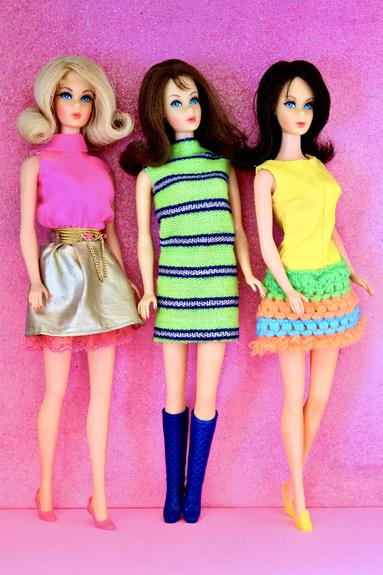 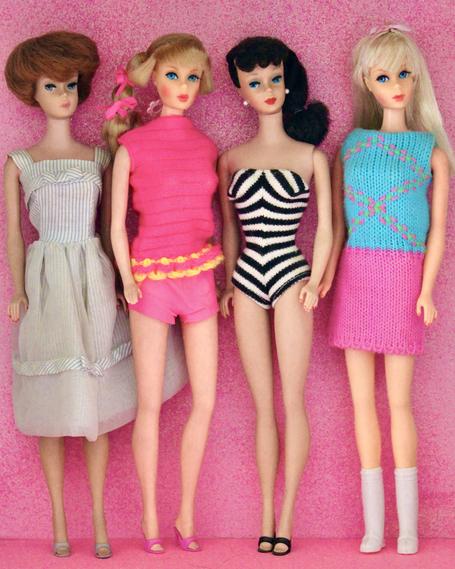 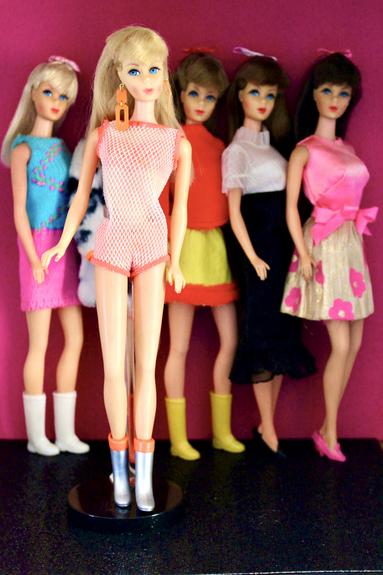