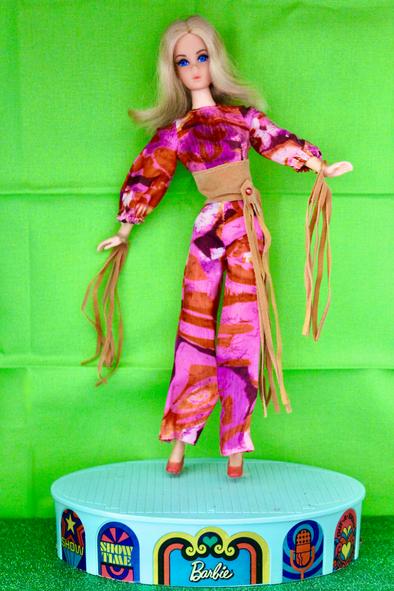 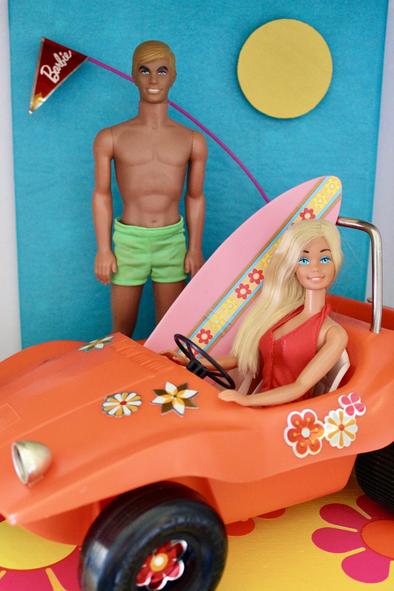 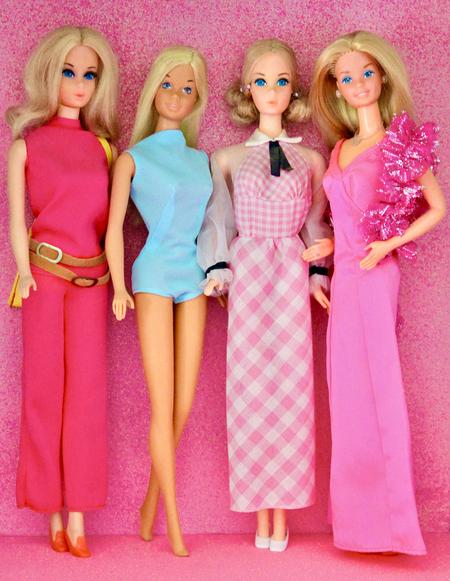 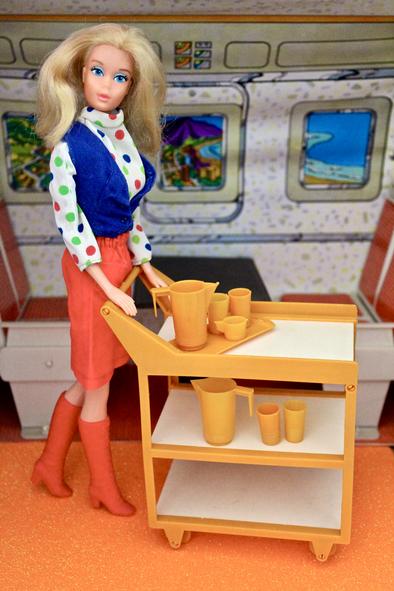 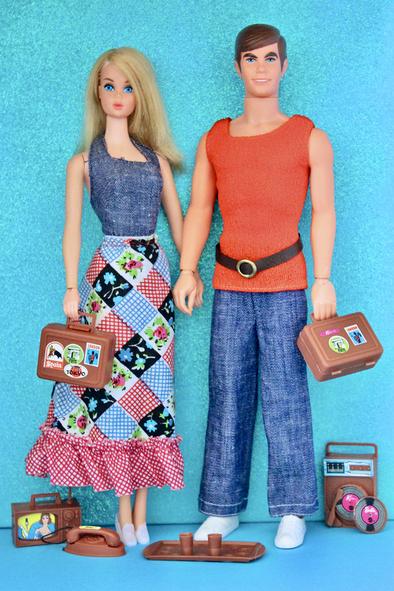 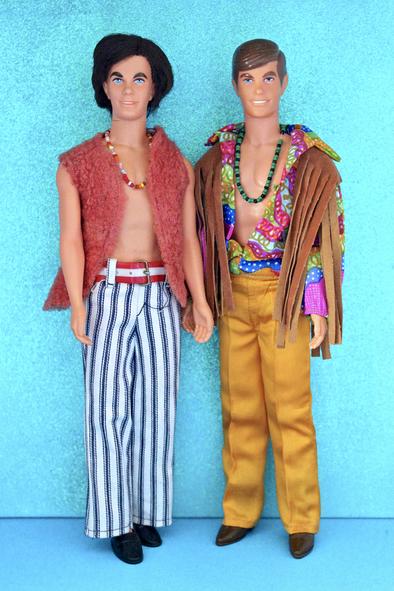 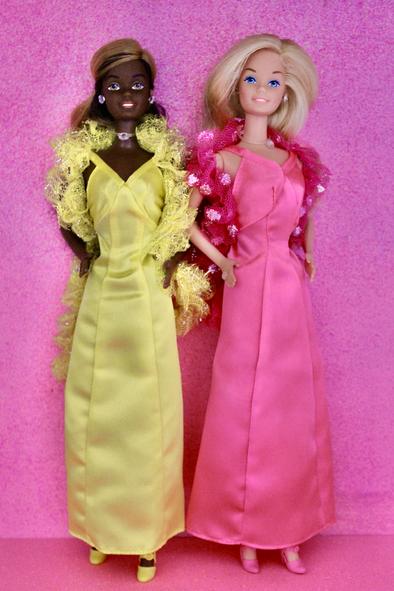 Purportedly, kids of the 1970s had the shortest of attention spans caused by too much rapid-paced TV and needed the kind of doll that did more than just stand around looking pretty. Besides having a great wardrobe, Barbie needed to actively do things. And now she could…walk, wave, dance, hold objects, play tennis…she’s a busy, busy Barbie!  In 1971, Barbie and friends embody the sun-and-surf loving California lifestyle (and are associated with the Golden State forever) with the best-selling Malibu Barbie line. Barbie’s dazzling Superstar era begins in 1977 when she gets a major makeover, based loosely on the appearance of golden girl Farrah Fawcett-Majors. Superstar Barbie is more beautiful than ever with a wide dimpled smile, flowing sun-streaked blonde hair, and permanently bent arms. Ken is given a new makeover too. He now has “movie star looks,” ideal for escorting his Superstar sweetie to the hottest Hollywood parties. Their new look will characterize both well into the 1990s.